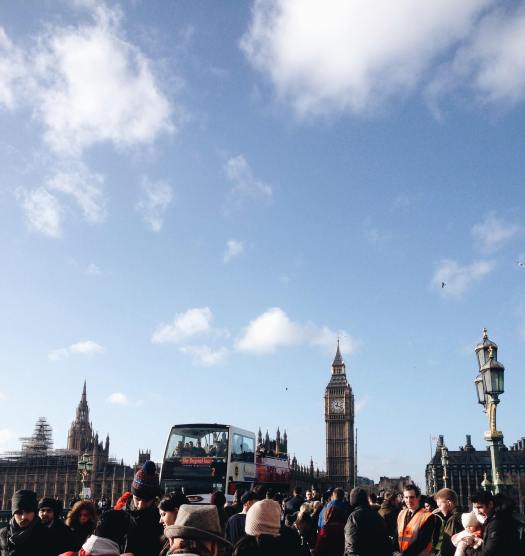 Two weeks from today, I’ll be in London — home of Will & Kate, Paddington Bear, and late-night kebab shops (the holy trinity). On October 1st I’ll start my master’s in International Migration and Public Policy at the London School of Economics. Disclaimer: obviously doing a master’s degree, especially in another country, is a huge privilege, and an opportunity that I’m very grateful for. Also, I’m not an expert, and all of this is based off of my own experience. It’s been almost a year since I started the process of applying for grad school in the UK. At the time, I found it totally hectic and confusing and overwhelming, so I thought I’d write this little guide for anyone who’s thinking of doing the same thing.

I knew I wanted to study in Europe, and maybe stay to work afterwards, so an English-speaking country was a huge plus (I am tragically monolingual, but working on it!). When I started researching programs, I noticed that several schools in England offered a combination of immigration and public policy, which is my absolute jam. (Side note: I also considered applying elsewhere in Europe but decided against it in the end. Applications are pricey so I stuck to four.) Doing a masters in the UK is expensive but definitely cheaper than some countries (like the US), and since a lot of programs are only one year long, the costs are similar to a two-year program in Canada. There are also a lot of benefits, like gaining international perspective on a subject, having access to programs that aren’t offered in Canada, and an easier transition to working abroad afterwards.

I applied to four different schools: King’s College, University College London, the London School of Economics (all — surprise! — in London), and the University of Oxford. When I started researching schools, lots of people told me to forget about London because the tuition and living costs are higher there than in other parts of the UK. Buuut I wanted to live in a big, diverse city to study immigration — and most of the programs that I liked best happened to be in London. Not to mention schools there are pretty well known, even to potential employers in Canada. For me, it was most important to choose a city and country where I could see myself living.

Master’s programs in the UK are a bit different from those in Canada. There are at least three different kinds:

Different schools are also known for different subjects — which, as an international student, can be hard to pick up on. You can check the QS World University Rankings by subject and the Times Higher Education university rankings, but take these lists and and their rubrics with several grains of salt. Tbh I talked to everyone I could — sent random people messages on Instagram because their profiles mentioned one of the schools I was interested in, talked to my profs about their grad school experiences, and got my boyfriend to quiz everyone he knows who has ever even thought about doing a master’s degree. All that info helped me narrow it down to four universities that are excellent for teaching social sciences, but, of course, there are loads of other great options out there!

Across the Pond is a good resource for finding programs you might be interested in, and they can help you with your applications (I believe there are fees attached — I didn’t use this service but did explore the website a bit).

Most schools open their applications in November. All four of mine required:

One application (Oxford) also asked for writing samples – I submitted excerpts from a few essays that seemed relevant to the program, since I didn’t write a thesis in my undergrad.

I started asking my professors for references mid-October. This was super nerve-wracking, but everyone was very nice and helpful. One of my references was a prof I’d taken two classes with and knew quite well. Though I’d only taken one class with the other professor, that class was extremely relevant to the graduate programs I was applying for. If possible, try to find a professor who’s willing to edit your personal statement as well as providing a reference.

I found writing my personal statement/statement of interest extremely confusing. You can find a lot of helpful guides out there for what to include, but the most useful thing for me was reading over friends’ old statements and getting feedback from my professors. My statement ended up touching on my background, why I chose the particular programs, and what experience I had (work/volunteer/classes).

Re: Transcripts. Don’t be discouraged if your grades during undergrad aren’t as high as you’d like them to be. All the schools I looked into say they also evaluate applicants based on relevant work/volunteer experience, especially if you’ve taken a break between your bachelor’s and master’s degrees. Different universities also have different minimum GPA requirements, if this is a major concern for you.

All the schools I applied to use “rolling admissions,” meaning they start considering applications as soon as they come in. So, if you apply later in the year, the university might still be accepting applications even though your intended program is nearly full. Cue anxiety. Oxford had an early deadline (mid-November) to qualify for scholarships, and I submitted my other applications by the end of November to make sure I got them in early.

I kept track of all my document submissions and applications in a spreadsheet — gotta love a spreadsheet. I was completing my undergrad and working part-time during the application process, making it the most stressful few months. But it was also exciting, especially discussing/complaining about applications with friends who were also applying to grad school, and feeling more than a little bit like Harry Potter (if he’d had to submit references to get into Hogwarts, that is).

So you chose your schools, submitted applications, and (fingers crossed) got accepted at your first choice uni! It took me a few (excruciatingly indecisive) months to decide which school to attend, but I’m so happy that I chose the London School of Economics.

There are lots of other things to sort out before you start your master’s in the UK, including your visa, tuition, accommodation, living expenses and flights. You can check out the Student Room, an online forum all about applications and student life in the UK (but be warned, a lot of posts and comments aren’t very helpful, especially for international students). Most universities offer some funding, though scholarships are rare for international students and some (like the Chevening and Rhodes Scholarships) have very early application deadlines. Unfortunately, the initial application is just one step in a big old complicated process of actually going to grad school. But it’s also a huge step, so congratulations if you’ve even read this far!

Feel free to contact me if you have questions about applying to grad school in the UK. Now back to putting off my packing and binge watching the IT Crowd (“research”). See you in a few weeks, London!

Hi! I'm Erika, a 21-year-old university student on the west coast of Canada. I love red lipstick, banana pancakes, and heart-to-hearts in bustling coffee shops. Talk to me about international relations or cute cat videos whenever you want. View all posts by erika